At the conference stage at Shanghai Toy Show on April 5th, “DRAGON CIRCUS,” a new original work by mangaka Eiichi Shimizu and Tomohiro Shimoguchi, has been announced! Although the start of the manga series will begin a bit later, Shimizu-sensei, Shimoguchi-sensei, and threezero will partner up in this collaboration! The concept art in early stages were revealed during the presentation and also were displayed at threezero booth together with senseis’ original artworks from their manga. Their signing session was also held together during the conference as they were overwhelmed with fans! Please keep an eye on the more news of “DRAGON CIRCUS”! 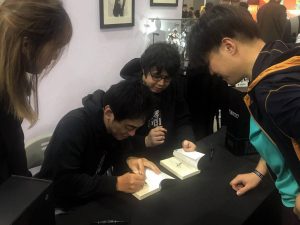