At a young age, Eleven was kidnapped and raised in the mysterious Hawkins National Laboratory, where she was experimented on for her psychokinetic abilities. During one such experiment, she made contact with a creature from another dimension, inadvertently opening an inter-dimensional gateway to the Upside Down. After escaping from the lab, Eleven was found by Mike, Lucas and Dustin, who discover she may be connected to the disappearance of their missing friend.

※ The estimated shipping date: within 4-6weeks
※ Shipping rates depend on the product weight/size and shipping locations.
※ Duties, taxes and any other charges related to customs clearance are not included in the price.
※ All unpaid orders would be cancelled after the sale.
※ Orders are not transferable to third parties. 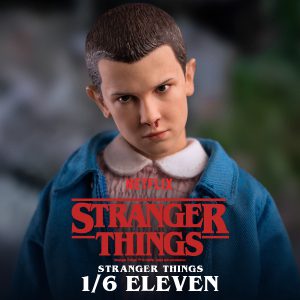